We've had our fair share of joy and sadness at Valley Press since the last newsletter. I'll attempt to bring you up to date below - starting with our latest book, which needs to be put in some historical context...

When I met Nigel Gerrans in 2009, he had been writing poetry for 70 years, and I had just taken my first tentative steps into publishing - bringing out two books by myself with the words 'Valley Press' on them (to add a hint of professionalism). It was whilst talking to Nigel that I realised publishing other people might be an interesting and rewarding pursuit. Later that year I published his collection Tenebrae, and a couple of weeks ago I was delighted to re-publish those poems, with many others, in a new volume - It Is I Who Speak: Selected Poems. 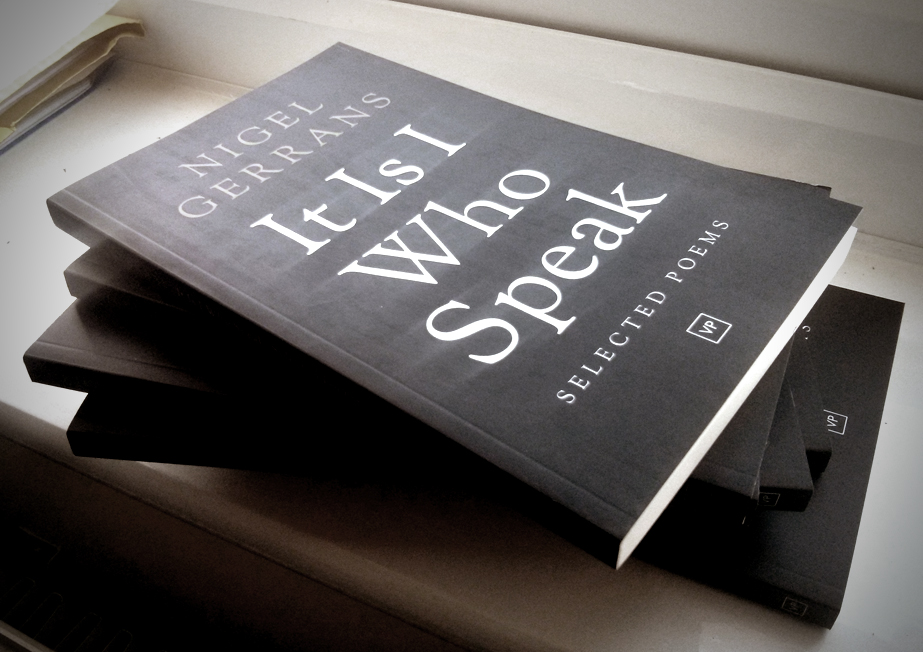 Edited by the poet's long-time friend and collaborator Felix Hodcroft, this new publication collects the very best of Nigel's work across the decades; including some poems never seen anywhere else before, dug out of the archive and pieced together from various drafts and typescripts. It's been a real labour of love for all involved; a volume which we hope will be read and enjoyed for decades to come. Find out more and read a sample here.

Onto other news now, and there was a flurry of excitement at VP HQ last weekend, when our March novel Grandmother Divided by Monkey Equals Outer Space was recommended by William Boyd as a 'summer read' for 2015 in The Guardian. In case you can't quite make it out from the image, he said the following: 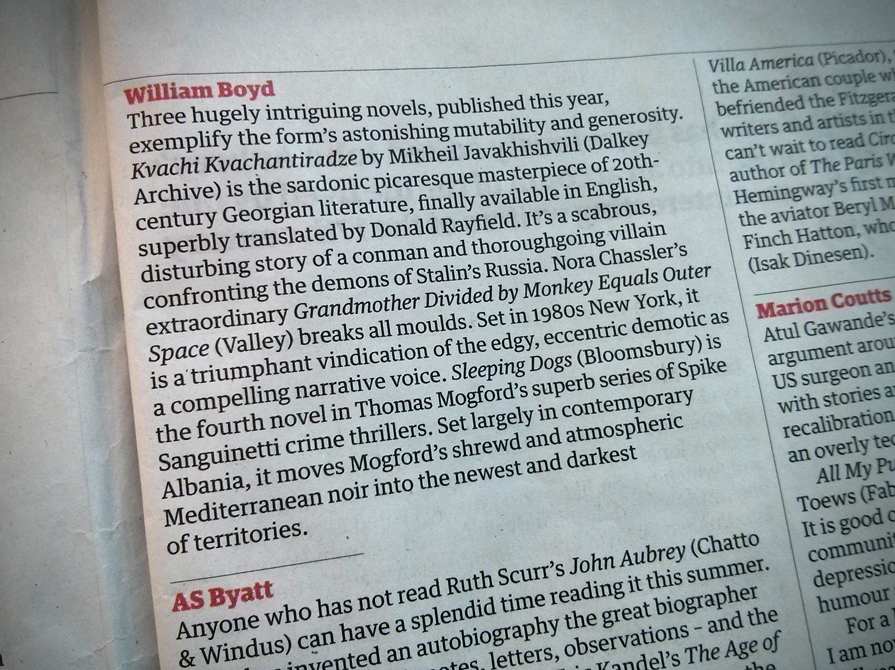 “Nora Chassler’s extraordinary Grandmother Divided by Monkey Equals Outer Space breaks all moulds. Set in 1980s New York, it is a triumphant vindication of the edgy, eccentric demotic as a compelling narrative voice.”

Not bad eh? Thanks to VP poet Mike Di Placido for supplying me with a copy of the paper, running home to get it after encountering me in the Post Office queue - whilst simultaneously purchasing and cooking some garlic bread. (I expect that's how Bloomsbury's press department handled this item too.) 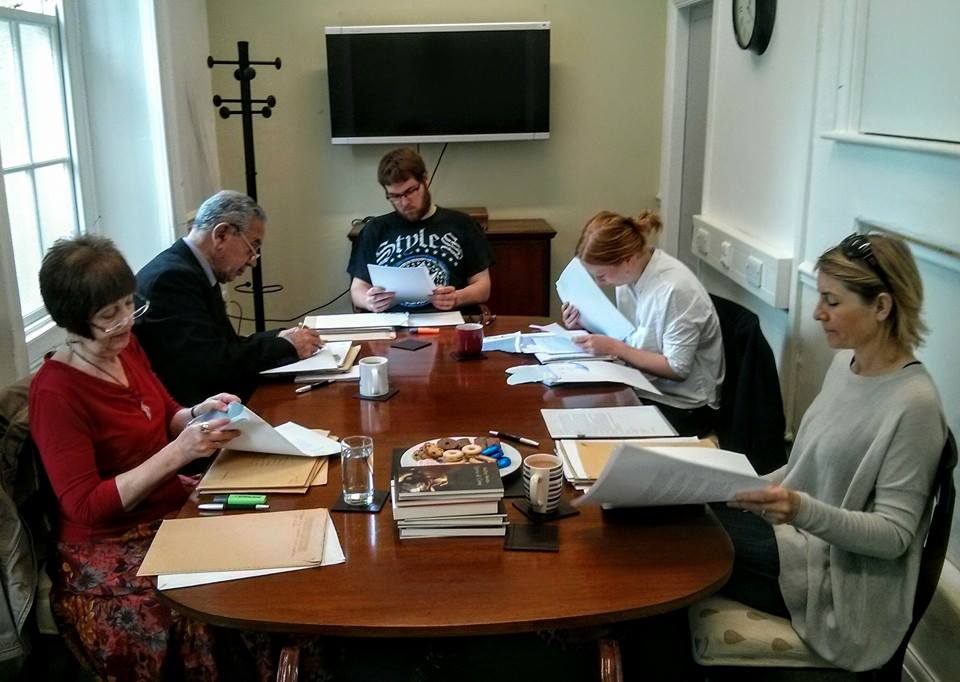 The next thing I should mention is the reading group I organised via the last newsletter, which turned out to be a great idea; very useful indeed. The volunteers seemed to enjoy it - a little too much, even, as they were very nearly locked in Woodend overnight! I'll run another one at the end of the year, and allow a full day for the group to work through the envelopes and make its recommendations. Unless everyone pictured above wants to come back again (there are only five seats!) I'll need some new volunteers, so keep an eye out for that.

So, you may ask, what does this mean re: submissions? As of 6:57pm last night, I have settled the Valley Press publishing schedule for spring 2016 (in pencil - but a thick, black pencil that is hard to rub out). What this means is, if you submitted during our window that ended in June, and I haven't expressly emailed you by now saying you're in, you didn't make it.

I still plan to write to all the submitters individually, but as that's going to take several weeks, I thought a general announcement here would be helpful and not considered too rude. Huge thanks to everyone who sent their work in, it was by far the strongest six months of submissions we've ever received - absolutely top notch. I've been turning down bona fide TV stars, writers of bestsellers, people whose last four books were published by Random House ... it's beyond belief, really.

All of the above made me stop and think what a long way Valley Press has come, since the humblest of origins in 2008; and how it couldn't have happened without all the people who have helped out along the way. My week became a lot more poignant yesterday when I heard that Jenny Drewery - a lynch-pin of the Scarborough cultural scene, and the best proofreader ever to pick up a red pen - had passed away. Jenny worked frequently with Valley Press; if you've read pretty much anything we published between 2012 and 2014 you will have benefited from Jenny's invisible and meticulous work. She was also a wonderfully warm and encouraging personality, and will be much missed. Her friends and family have set up a page here where people can donate in her memory; I'd be delighted if any newsletter readers wanted to contribute.

There are just a couple more things I must mention in this newsletter (ridiculously long as it has already become): you have until 3pm on Wednesday 22nd July to listen to the radio version of Humfrey Coningsby on BBC iPlayer, which you can do here - well worth 45 minutes of anyone's time. Also, for the first time in four years I am doing a 'solo gig', in Covent Garden on Monday 20th July (this Monday!); all details available via The Emma Press. (N.B. I'm also reading at the event listed on Tuesday, and would love it if any VP fans dropped in.)

I think that's everything for now - thanks for reading, as ever, and look out for more news very soon.