Gothic poems: an interview with the editors

Which gothic motifs do you most like to explore?

Nisha Bhakoo: I really enjoy seeing how a sense of the Uncanny is created within gothic writing, and I try to explore this concept in my own poetry too. The Uncanny is when something familiar to us becomes foreign and frightening, it’s actually a Freudian concept. It’s concerned with the blurring of boundaries, like the ones between dream and waking states, and life and death. The Uncanny is also created through doubling, which can be seen in gothic writing such as Frankenstein and The Strange Case of Dr Jekyll and Mr Hyde. I really like work that involves doppelgangers! I’m looking at the Uncanny in relation to contemporary poetry as part of my PhD at Humboldt University in Berlin this year, so it’s definitely an idea that captivates me.

Charlotte Geater: I'm kind of obsessed with architecture - in an extremely amateur way, that is. So gothic houses and landscapes are probably my favourite traditional motif of the genre. There are some really delicious recent examples - the house in Crimson Peak with a hole in its roof, and the earth around it stained so red with clay that it looks like blood... yes please. I'm also very into ghosts, and haunted places. The ways in which the past can create a rupture in the present and future...

If you could be a vampire, witch, werewolf, zombie or ghost, which would you be and why?

NB: A witch. I read tarot cards and am interested in alternative medicine so I guess I already have witchy interests!

CG: I would absolutely rather be a witch. Like, the rest of these have a lot of downsides - what's the downside to being a witch? You can do magic! You might have a special bond with cats! Sure, people might be a bit unhappy about it if they find out, but who cares. You're a witch. You can just hex them and be done with it.

Which of the classic gothic works is most inspiring to you and why? 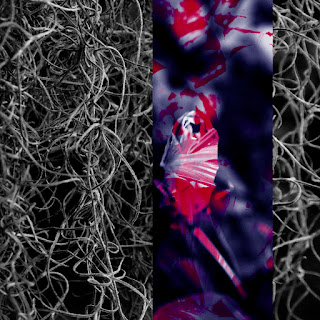 NB: The late Victorian gothic novel The Picture of Dorian Gray by Oscar Wilde stands out to me. I read it first in my early 20s, and I loved the witty and poetic style of the writing, as well as the eerie atmosphere Wilde seemed to create with ease.

CG: It's really hard to beat Jane Eyre. It's transgressive and strange and irreducible. I love the spiritual element, how esoteric and deeply-felt it all is. It's a book that's full of problems but they only deepen the book, for me. There is so much texture in all of the relationships in the book - they're so wild and difficult and they're better for that. I love how wilful Jane is, how in the end her life is hers, because she wills it to be so.

And it's not a book that actually shows us the supernatural - but I don't think it's any less gothic for that. It's about how it feels; how the world in which Jane lives in scares, scars, constrains her. And finally she breaks free, in her own way, on her own terms.

What are you most excited to see in the gothic poems submitted?

NB: Gothic writing is traditionally known for ghosts, doppelgangers, darkness, wild weather, labyrinths, castles, haunted houses, as well as eerie atmospheres and sublime emotions. I’m excited to see how people engage with these gothic elements in a contemporary way, and apply them to mundane settings and scenarios too.

CG: Honestly, I'm looking forward to so much. I want to see all of the new twists on the genre possible - I want queer gothic romance, I want poems in which monsters talk back, in which modern architecture becomes haunted... in which the materiality of old texts is played with... everything, send me it all.

If you could give one piece of advice when writing gothic poetry, what would it be?

NB: Stay away from clichés. I want to see fresh, unusual and thought-provoking perspectives on the gothic. I’m really excited to see what comes in!

CG: I would say not to copy what's come before. It can be hard when facing a genre with such a rich history to know where to begin. Don't be afraid to do something different, or to change something that doesn't seem right to you.

The call for submissions will run until the 9th November. Submissions guidelines can be read here.

There are just 2 weeks left in our call for insect poems for children, for an anthology edited by Fran Long and Isabel Galleymore. Here are some prompts for poems from Fran, to help you if you're still thinking about what to write!


Can you imagine a world without bees? Have you ever thought about how dung beetles are awesome recyclers? Did you know there are an incredible 20,000 insect species in the UK alone, with more being discovered each year? Insects truly are amazing and I am keen to spread the word!

I have been privileged to go behind the scenes and explore the British Insect Collection at the Oxford University Museum of Natural History, learning first-hand about the fascinating world of insects from amazingly knowledgeable entomologists as part of a Heritage Lottery Funded project called HOPE for the Future. The aim of the project is to inspire future generations about insects and the natural world, and as part of it I have co-written, designed and piloted ‘Project Insect’ in local schools.

Incredibly, at a session last month, a 10 year old girl found a very rare beetle in her school grounds, which she has subsequently added to the historic collection at the museum. It was the first time this species had been added since the 1950s! My hope is that this is just the beginning and that many youngsters will become advocates for insects. Here are some of the remarkable facts I have been sharing with them through my work which might also inspire your poetry.


You can read the full submission guidelines here. The call closes on 5th October 2018. 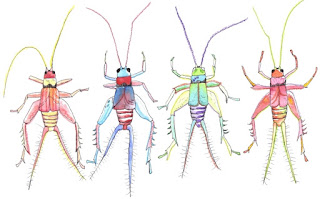