I have learnt a lot from my last six weeks at Andersen Press and it’s been particularly useful to be able to work in a few different departments, including editorial, marketing, and rights. It’s also been nice to get out of the house/coffee shop/library and work in an office environment again, something that I realised I hadn’t done in nearly two years. The great food in the canteen was a plus, too, and the shelves and shelves of books to browse. I had a variety of tasks to do which made every week quite interesting and different and I’ve been able to learn quite a lot. The most important take-away from my placement, I think, is that working in a larger children’s publisher and working at the Emma Press aren’t dramatically different experiences and this was comforting. 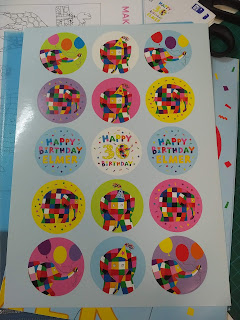 My first week was spent working closely with the PR and marketing team to help promote a new book. I learned that the way that Andersen Press and the Emma Press work are not so different: using publicity plans and lists to determine other organisations who might help promote the book (such as reviewers, bookshops, and libraries) and even having a lot of the same contacts in common. It was reassuring to know that we were both working in the similar ways and contacting the same organisations to market our books. Initially, I wondered if I might uncover a Big Children’s Publishing Secret that I hadn’t been aware of before, but I was relieved to know that this was not the case. However, I did learn that there might be more efficient ways to run campaigns, for example, preparing curated lists of organisations based on genres, themes, and age groups rather than working on individual lists for each book, and sending books directly to organisations instead of emailing first, as that would be the best way for someone to get a feel for a new book.

I had a chance to read through the fiction and picture book slush piles at Andersen Press as well, which was an interesting experience. I’d had some experience at the Emma Press reading pamphlet submissions as well as submissions for a short story anthology, so it was great to utilise and further hone my skills. I enjoyed reading the submissions as well as some titles from Andersen’s current list. For me, this was a great way to get a better understanding of what would be suitable to move forwards with and which submissions might not fit with the publisher’s brand, though it may be more appropriate elsewhere. Something that I’d learnt from both Andersen Press and the Emma Press was that sometimes, you could read a really great submission but not be able to take it forwards simply because it’s not a good fit for the publisher, for instance, if they don’t publish a certain genre. That’s why it’s very important for writers to read the submissions guidelines carefully before sending in their work (so important that I wrote a whole blog post about it). 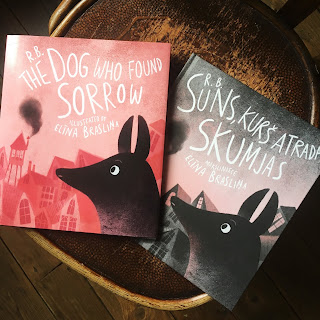 In my last two weeks, I mainly worked in the rights department and had a chance to sit down with Sarah Vanden-Abeele, the rights manager, to find out more about her role and her work in translation rights. I was interested to learn about the relationships between Andersen Press and international publishers. As the press had been around for so long, it was typical to work with publishers they’d worked with before as there was a strong level of trust between them. This seemed similar to the way Emma had worked with international publishers so far, as we generally chose to publish a few books from the same publisher, for example, The Dog Who Found Sorrow, Queen of Seagulls, and the Bicki-Books, all originally published Latvian publisher liels un masz. Speaking with Sarah made me realise how important these relationships were for the future. I also learnt about marketing books in other countries and ways to help the books and the publisher to be successful. This was something that is usually considered and discussed carefully with a new publisher beforehand and in some circumstances, Andersen can offer materials to other publishers to create content, such as posters or stickers, to help promote the book.

My work placement at Andersen Press has been extremely valuable as I was able to gain new perspectives on children’s publishing. I learnt that there were a lot more similarities than I thought between larger publishers like Andersen Press and smaller independent publishers like the Emma Press who are relatively new to the scene and because of this, I felt more confident taking the things I’d learned to the Emma Press as well as to my freelance career.

As part of the development of the Emma Press’ children’s publishing programme (funded by Arts Council England), Yen-Yen Lu will be undertaking a six-week work placement at Andersen Press to learn more about children’s publishing on a larger scale and writing a weekly blog on her findings! 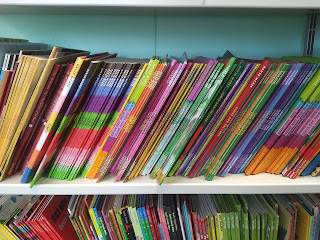 Last week, I continued working with the rights department at Andersen and found some time to sit down with Sarah Vanden-Abeele, the rights manager, and ask her some questions. Her job is to sell rights, usually translation rights and digital rights, and take care of a number of territories with the rights director. I have had some limited experience in acquiring rights at the Emma Press, for example, looking at titles from other countries which we might be interested in publishing. As it’s a small press, all of our responsibilities overlapped so I hadn’t realised that in larger publishers, it was actually the commissioning editor who was in charge of acquiring rights, rather than someone in the rights department. However, they all work quite closely together in managing rights and it was great to learn a bit more about the relationships with international publishers.

In the UK, terms of copyright for a work lasts until 70 years after an author’s death. The number of years of a given license will usually depend on many things, such as the publisher, the territory, and how past sales (of an author, book, or genre) have gone. I learned that there are a lot of important factors to consider when selling rights, for example, the population of the country. A publisher in a smaller country may only agree to print fewer books, but this would be expected for a smaller population. However, this may balance out if they are able to adjust the retail price to be higher, for instance, if the country is wealthier or they might be able to sell well if the book’s genre is very popular in that country.

I wanted to know a bit about how Andersen Press chose which publishers to work with and Sarah talked about three main approaches. As Andersen has been around for a long time and built up a lot of key contacts, they typically go with the publishers they’ve worked with before. That way, you know what to expect and trust them with the titles and you get to know the type of books, whether genre or age group, that the publisher specialises in. 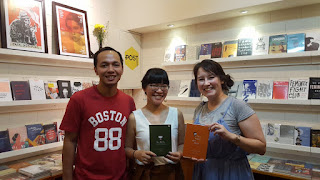 Book fairs, specifically London, Frankfurt, and Bologna book fairs, are also a great place to make new contacts. The press is normally approached by interested publishers some time before the fair to schedule a meeting, but sometimes they are approached at the fair as well, at least to start the conversation. This was the case for The Adventures of Na Willa, when Emma happened upon the publisher and the book at Indonesia Book Fair and started to discuss publishing the book in English there.

Literary scouts are also helpful in suggesting titles with translation potential to their international clients lists. Usually, UK publishers work with several scouts as each scout works exclusively for only one publisher in each language territory.

I also asked about how other titles are received overseas and how they work with the publisher to market the book. This is one of the key things that Sarah will always consider and discuss with the publisher beforehand. In a series of books, the first few books tend to perform better than later titles. In some circumstances, Andersen can offer materials to other publishers to create content, such as posters or stickers, to help promote the book. It was interesting to learn about authors, titles, and characters that did extremely well in other countries because certain trends and genres are more popular in some areas. I remembered visiting Japan last year and seeing a French series about two mice which was popular enough to have its own small theme park, but my friend from France had never even heard of them.

Over the past couple of weeks, I have been helping to organise some of the paperwork in the rights department – updating tax forms, copying contracts, and sending translated editions of books to authors and illustrators. It’s been useful to learn a lot more about the rights department through admin tasks and talking to Sarah.