The Edible Book Launch for Love and Eskimo Snow was a huge success - tickets and books completely sold out! I'm hoping some photos or reviews will materialise soon; but until they do, this is another lean week for Valley Press news ... in fact, that's pretty much it.

I don't want to leave you empty-handed, though, so please see below for a complete scan of the ultimate Valley Press backlist title - The Jelly Turtle, the very first book I ever made, dating from 1994 when I was just six years old. I produced this using the school's Acorn computer, a pair of fancy scissors, and perhaps some help from teacher ... but the words, and the illustrations, are pure Jamie. 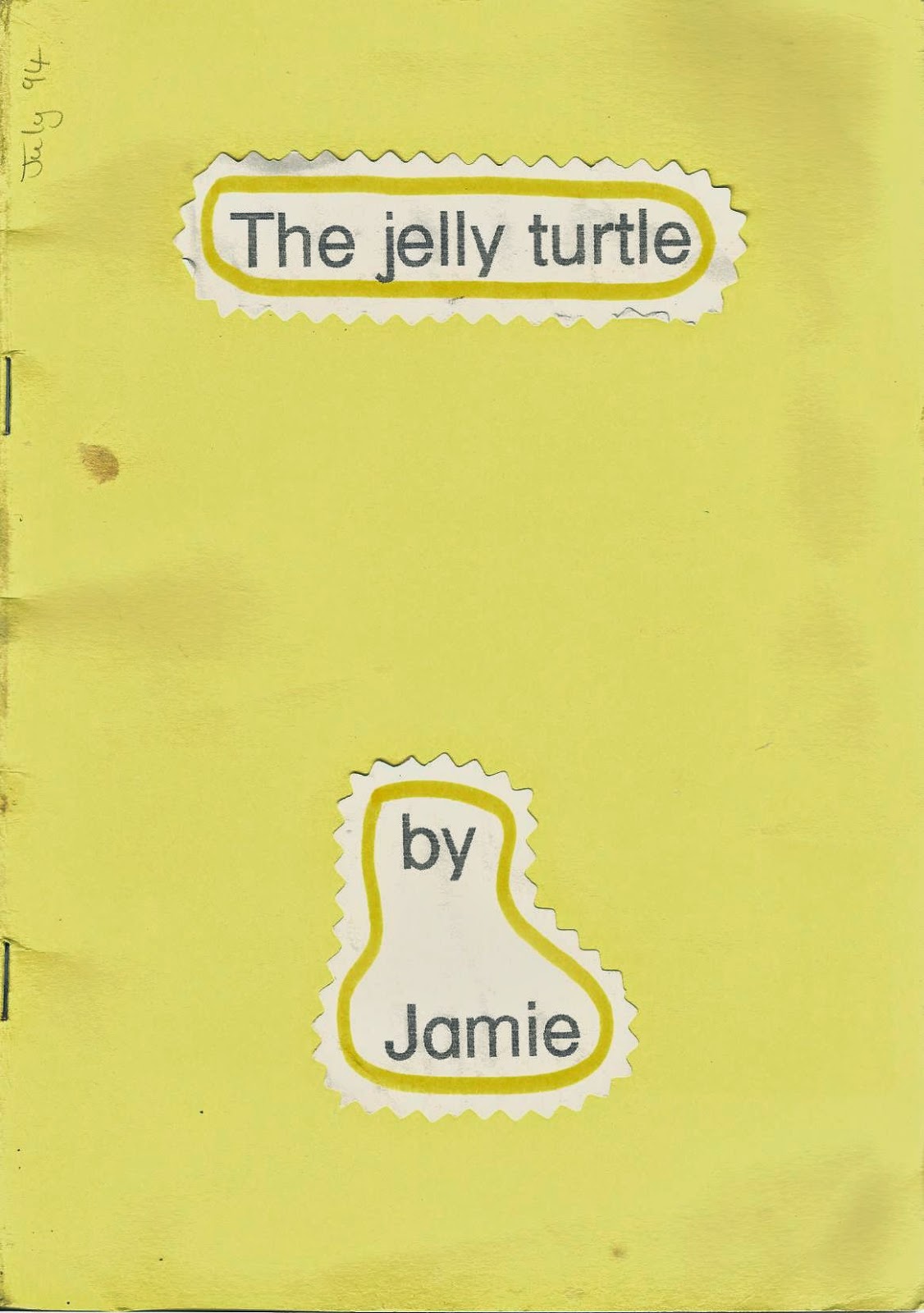 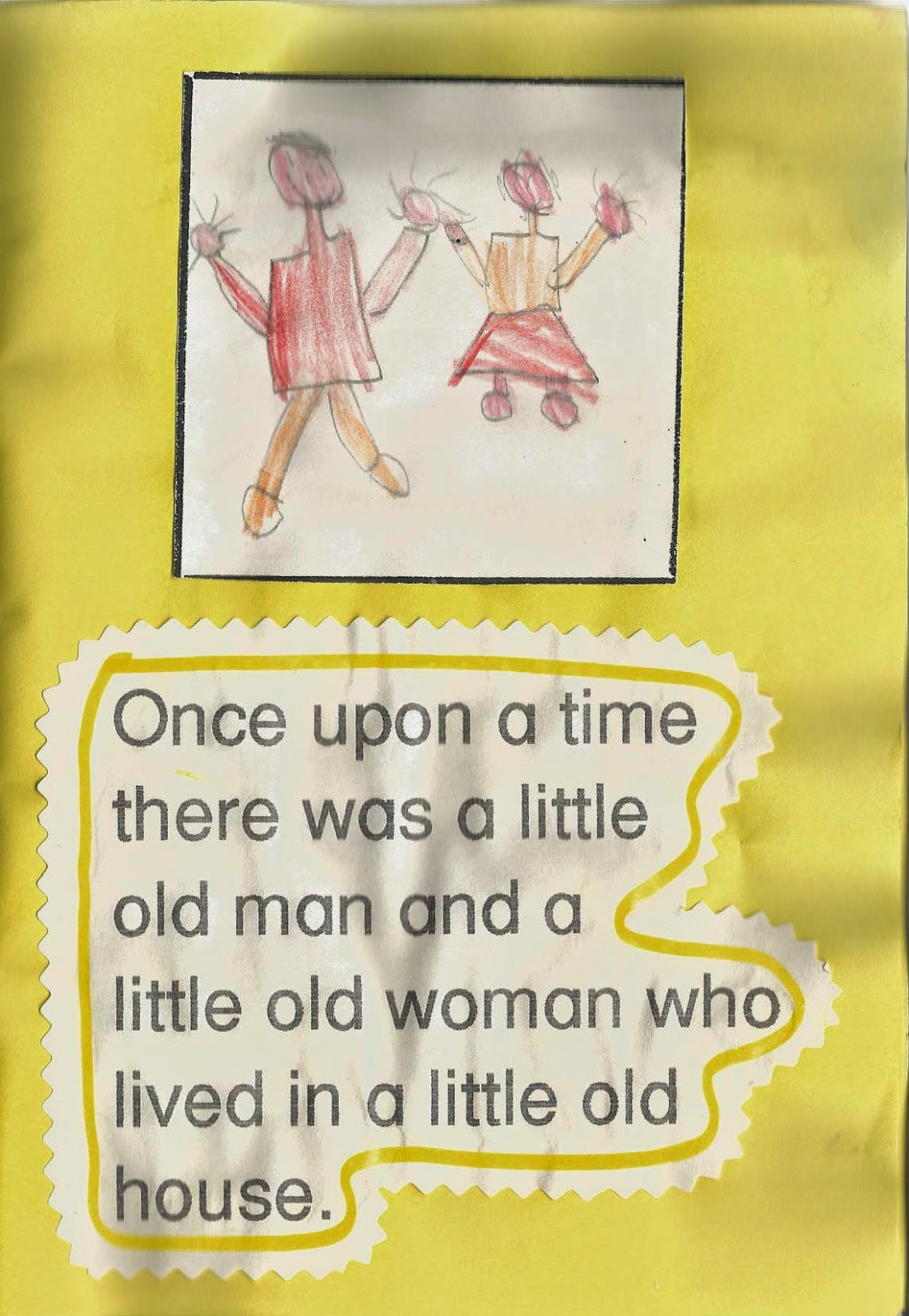 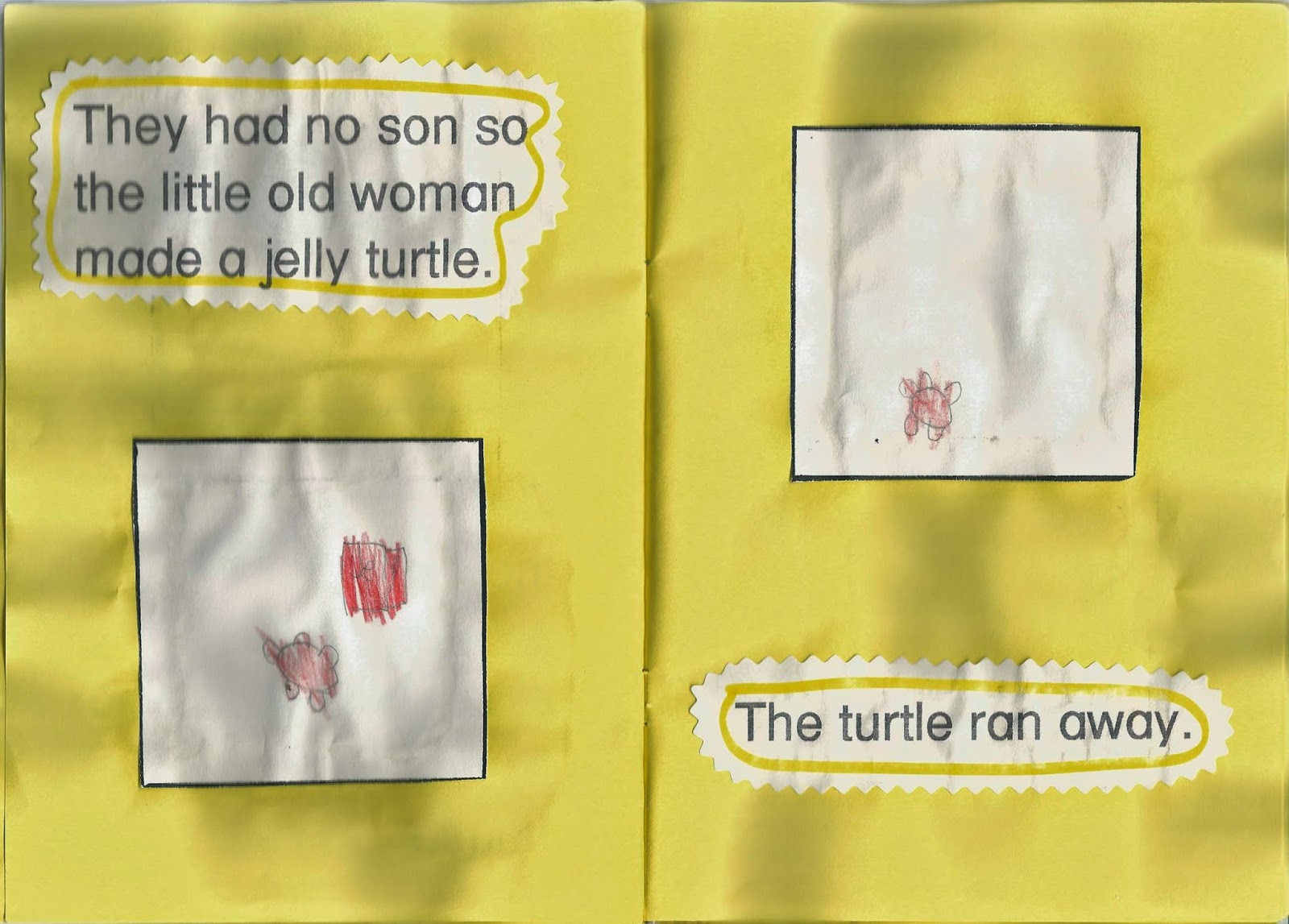 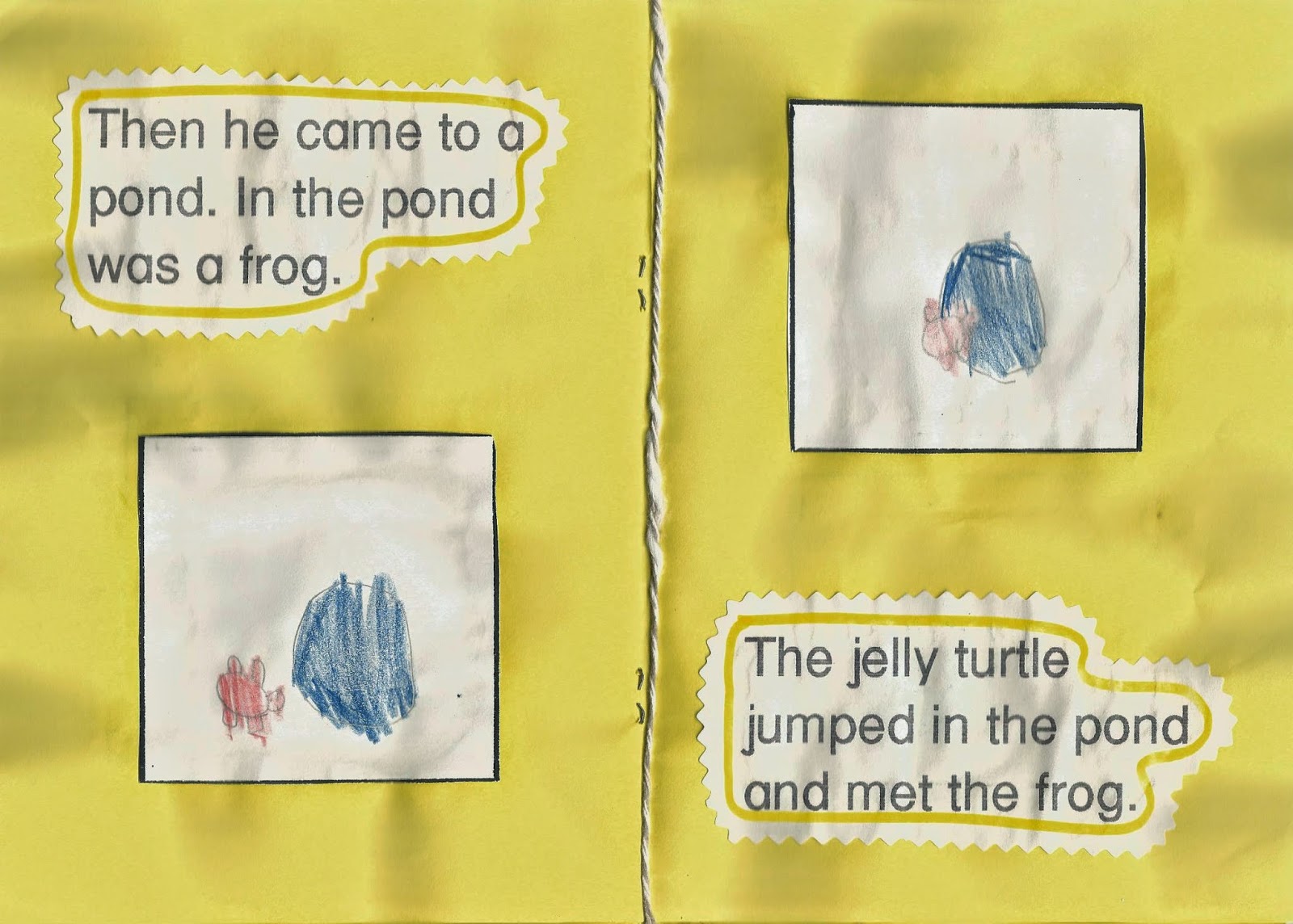 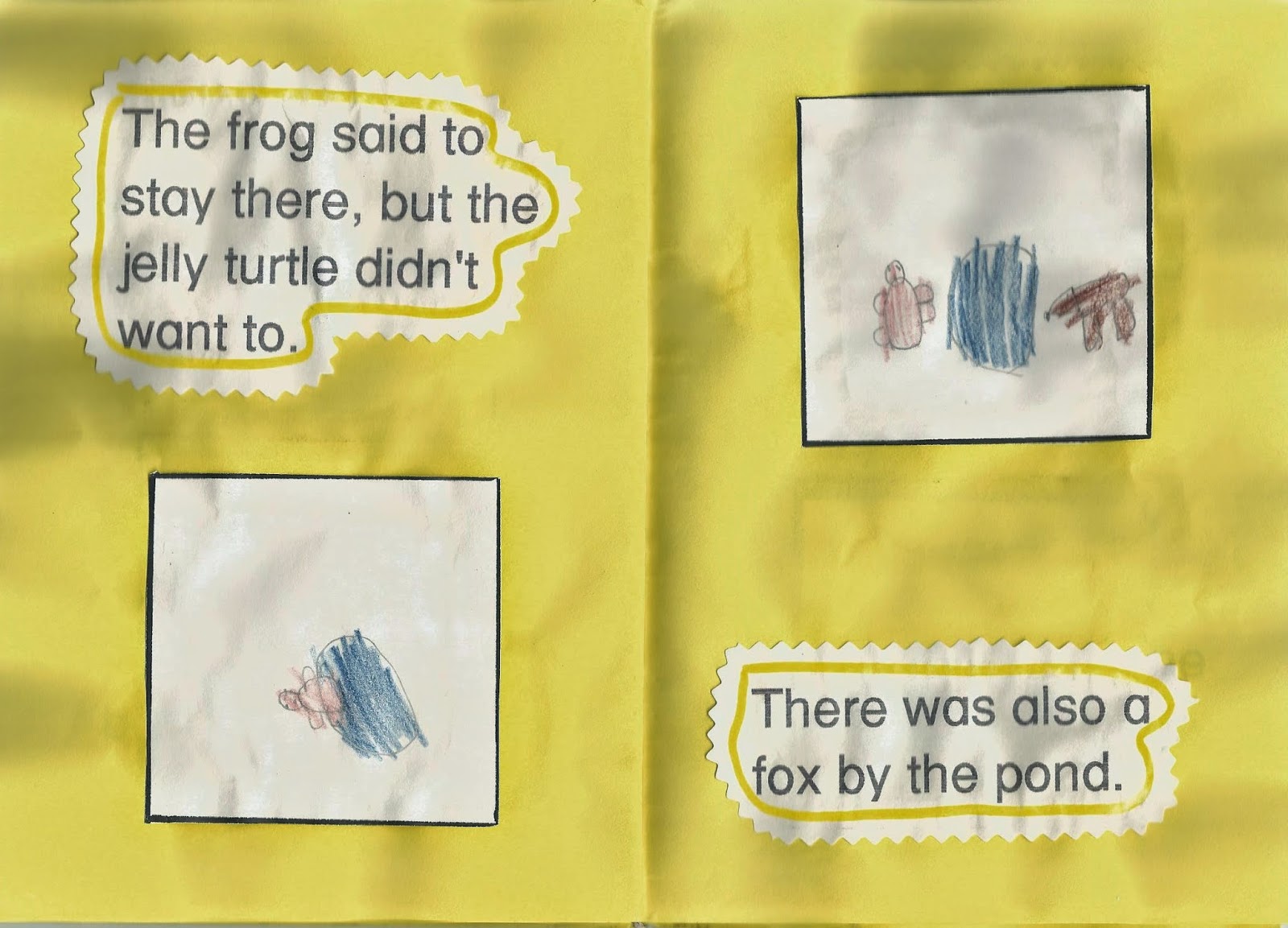 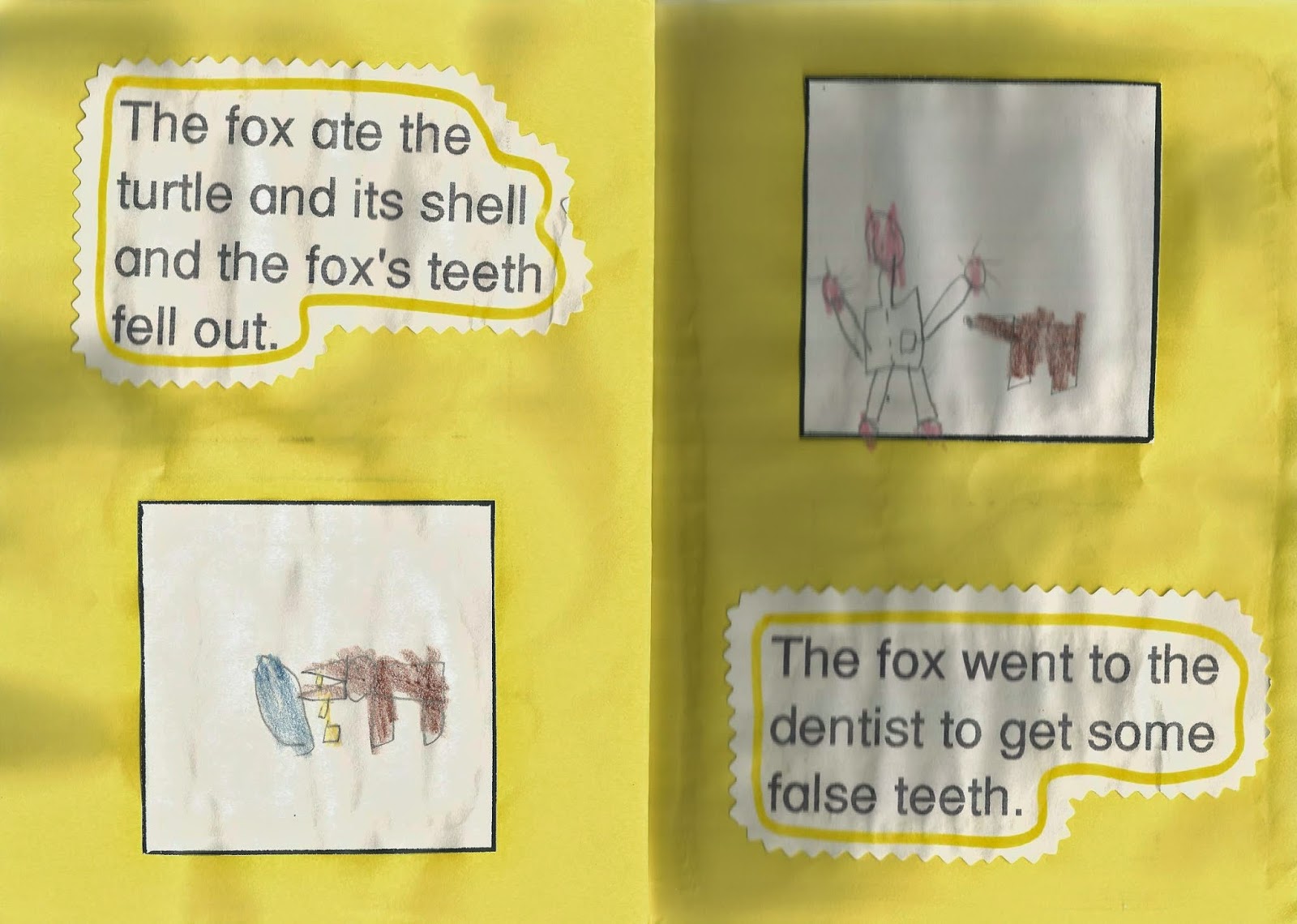 Be honest ... did you see that ending coming?
Posted by Jamie McGarry No comments:

John Clegg on bandits and bottled heads: the story behind 'Captain Love and the Five Joaquins'

I swore by heck I’d break his neck
for the jolt he gave my pride,
so I threw my noose on that old cayoose
and once more took a ride;
then he turned around and soon I found
his tail where his head should be.
So I says, ‘Says I, perhaps he’s shy,
or he just don’t care for me.’


Like Skyball Paint, the devil’s horse and subject of Bob Nolan’s hillbilly song, here’s a tale where a head should be. The head belonged to Joaquin Murrieta, a horse-thief and bandit active during the Californian gold-rush, and the tale belonged to Harry Love, a veteran of the Mexican-American War contracted by California’s embryonic government to put a stop to Murrieta’s career and that of his associates: four more bandits, each also called Joaquin. Love had been hired for a three-month term, concluding in mid-August 1853, and there is little doubt that there was a tacit agreement of a substantial bonus if Love brought down his man. On August 4th, Love reported to Governor Bigler that the deed was done; as proof, he brought with him Murrieta’s severed head, preserved in a jar of alcohol. It was taken on a tour of the state by two of Love’s confederates, with admission charged at a dollar, and during this period a number of affidavits were taken as to the identity of the head. The route, however, seemed to purposefully avoid those areas where Murrieta had been well-known, and most of the affidavits were signed with Xs, indicating that the witnesses had not been able to read what they were signing. One of Love’s confederates was reported as bragging in a pub that ‘one pickled head was as good as another if they [sic] was a scar on the face and no-one knew the difference’.

This is history, of a sort. My poem ‘Captain Love and the Five Joaquins’ plays thoroughly fast and loose with it. My real inspiration was the legend of Zorro: the serials, the Douglas Fairbanks film, Youtube clips of the Mexican telenovela (in which Zorro battles pirates and zombies, and is assisted by a flamboyant coterie of gypsies), and especially the 1998 film starring Antonio Banderas. All of these (apart from possibly the telenovela, which plays by rules of its own) engage with history but are not bound by it. To get a clearer view of Love alone, as his lie begins to close in on him, I have made him a solitary figure, erasing the twenty California Rangers he rode with; on the other hand I have made the Five Joaquins real, whereas all evidence suggests they are a joke being played on the California legislature by a cynical state senator called De La Guerra. I have also played merry hell with Californian geography: Fresno was not a city at this point and certainly not a seat of government, and Laredo is mentioned in tribute to the beautiful song rather than out of any topographic plausibility.

And in a way this is honesty towards the source, because in fact Murrieta is Zorro. The early newspaper accounts were turned into a sensational novel by John Rollin Ridge (who was incidentally the first Native American novelist), pirated and corrupted by the California Police Gazette, and thereafter told and retold as much or more than any other piece of Gold Rush folklore; and these accounts were plainly the main source material Johnston McCulley drew on when he created for the pulp serials his ‘masked man dressed all in black’, the fox, so cunning and free, and who is especially free with carving his initial on stationary objects.

Captain Love and the Five Joaquins, by John Clegg and illustrated by Emma Wright, is publishing on 29th May 2014 with The Emma Press. You can read more about it and buy it for £5 on The Emma Press site.

So it's Friday again, and this time I have a new problem - nothing of note happened or was achieved this week. I've been keeping my head down, catching up with emails, doing some freelance work, and working on the remaining 2014 books so they can appear in the next Inpress catalogue. What can I say, the publishing life isn't all glamour!

For some literary excitement, you should check out Emma's post which went up yesterday, offering a first look at the Emma Press Fatherhood Anthology, which will be epic. Also, it seems Kelley Swain can be relied on to have an interesting week, as she was asked (on the back of Opera di Cera) for advice repairing one of Susini's original waxworks, and she was also interviewed on Cambridge 105 radio.

I guess I should take this opportunity to thank everyone who has sent in a submission this month - I plan to work through the pile in the middle of June, maybe around the 13th, so bear with me until then. See you next week!
Posted by Jamie McGarry No comments:

We're publishing a pair of orange books next week: The Emma Press Anthology of Fatherhood and Captain Love and the Five Joaquins! Captain Love is a fantastic yarn from the talented John Clegg (Eric Gregory Award, 2013) and the latest in our Emma Press Picks series, and The Emma Press Anthology of Fatherhood is a collection of poems about different aspects of fatherhood, following on from our book about motherhood. I'll be posting more about both of them in the coming weeks, but for now I thought I'd give you a taster of the Fatherhood book through an extract from my introduction:

'For a book full of confessions and confrontations, The Emma Press Anthology of Fatherhood contains remarkably little direct communication. Poets commune with lost fathers in addresses destined never to reach their subject, and explain themselves to children who are too young to understand. Poems such as Oliver Comins’ ‘Brown Leather Gloves’ and Sara Hirsch’s ‘Tonight Matthew’ find resolution and peace beyond the grave, while Di Slaney’s ‘On the forestry commission track’ and Rich Thompson’s ‘And he the maul’ analyse old memories for clues and redemption. In their many ways – and often through some sense of distance – all the poets convey great depth of feeling, and offer a fascinating insight into the state of fatherhood in the twenty-first century.


'When Rachel Piercey, my co-editor, and I were planning the call for submissions to this book, we expected some responses to focus on the pressures of modern fatherhood. The role of the father has expanded rapidly over the last few decades and I thought this would be reflected in poems about the pressure of living up to society’s expectations of what a father should now be. Instead, poets seemed more preoccupied with their own fathers and the impact their approach to parenting had on the poets’ lives. Jerrold Yam’s ‘Ornament’ and John Saunders’ ‘My father is the breeze that opens the shed door’ explore the impassive twentieth-century father who appears throughout the book, reflecting the enduring legacy of the traditional father figure. [...]'


You can read more about The Emma Press Anthology of Fatherhood on The Emma Press website. The launch party is taking place in Vauxhall, London, on Thursday 29th May - full details here.
Posted by Emma Wright No comments:

It happened again - I put 'write the weekly round-up' at the bottom of my Friday task list, and here I am doing it on Saturday afternoon, in between the weekly shop and some gardening. To be fair, this is only my third effort in this new series, so I'm still getting into the swing of it... perhaps I'll do better next week? Anyway, here's what's been going on in the world of Valley Press over the last seven days: 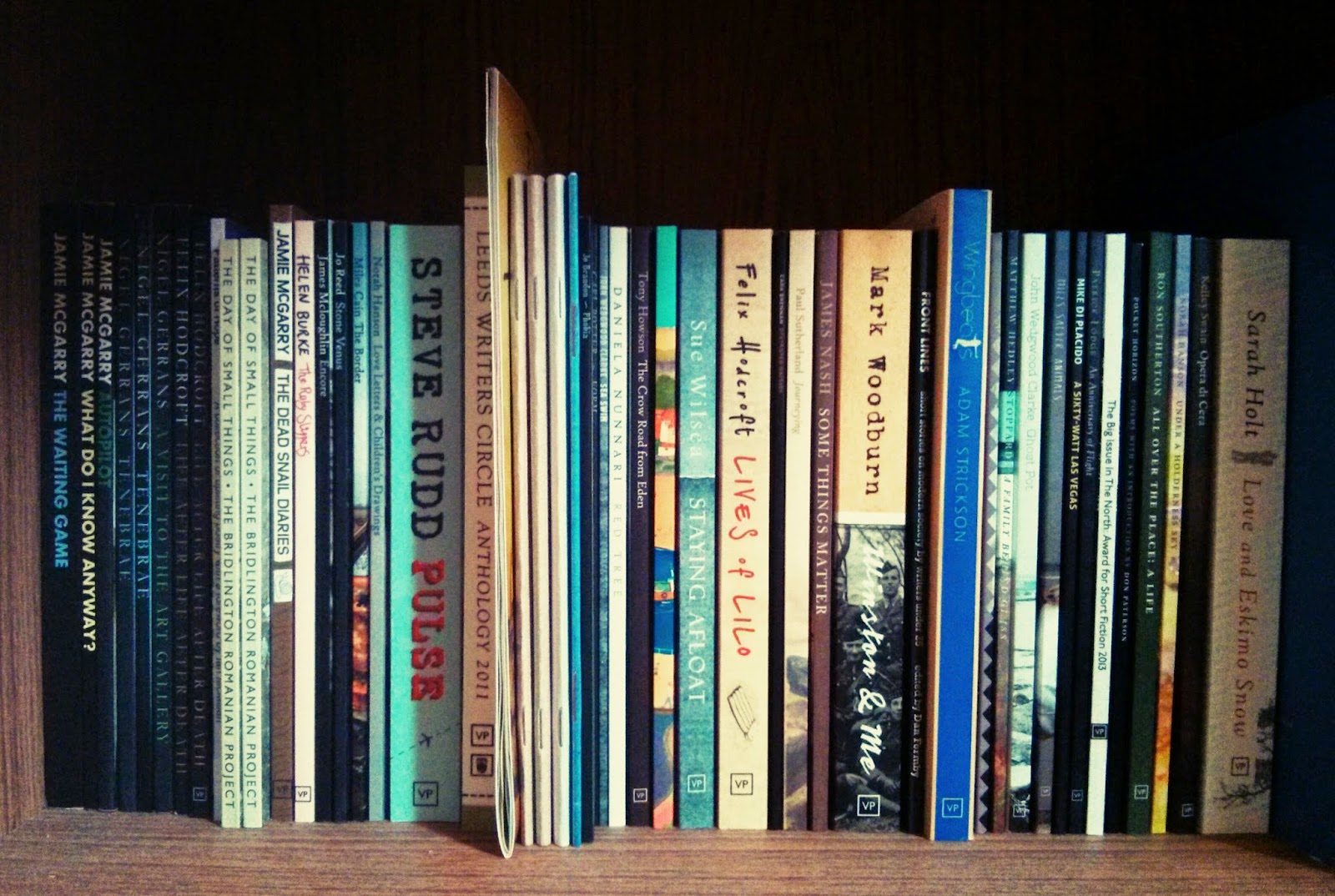 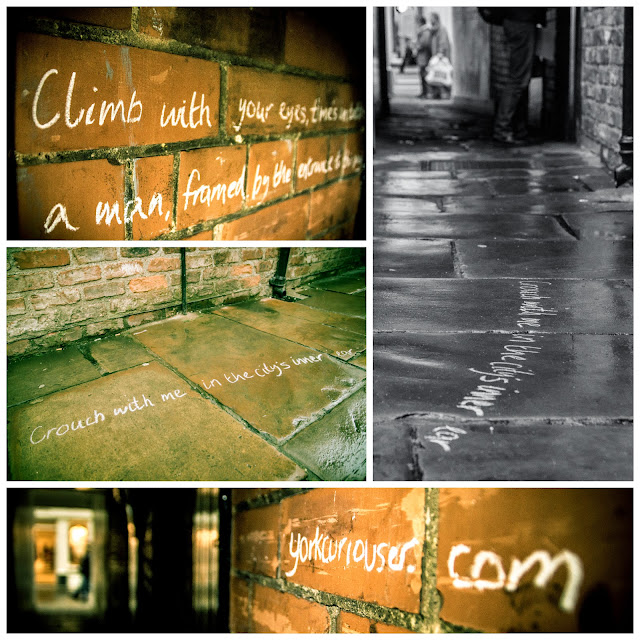 A busy Friday meant I was immediately regretting my promise of last week - that I would write a blog every Friday letting you know what I've been up to in the preceding seven days, and pointing you in the direction of any interesting links that might have cropped up. Nonetheless, I did promise that, so here is the second instalment ... just very slightly overdue. 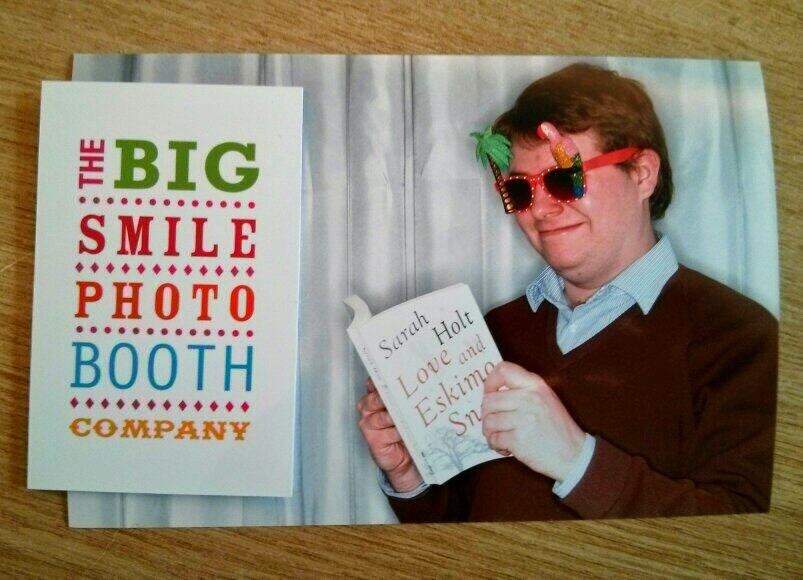 The management of this blog have been talking, and we've decided to attempt a bi-weekly schedule of posts for the foreseeable future. The thinking is that the posts will be 'updates on our projects, reviews of poetry books, little interviews with authors and other publishers, write-ups of events, and reflections on publishing.' So if any of that sounds good, you'll want to come here more often!

To this end, I'm going to post a short(ish) blog every Friday letting the world know what's been happening at Valley Press over the last five days; a helpful digest for people who don't follow every single tweet I post (so, for people). This will take a certain amount of discipline, not something I've previously been known for, but I like a challenge - lets see how far I can get. Emma has warned me that nobody reads anything on the internet on Friday, but that's probably for the best while I figure out the finer points of this new undertaking.

This has been quite an eventful week, so without further ado, here is the first Friday Digest: 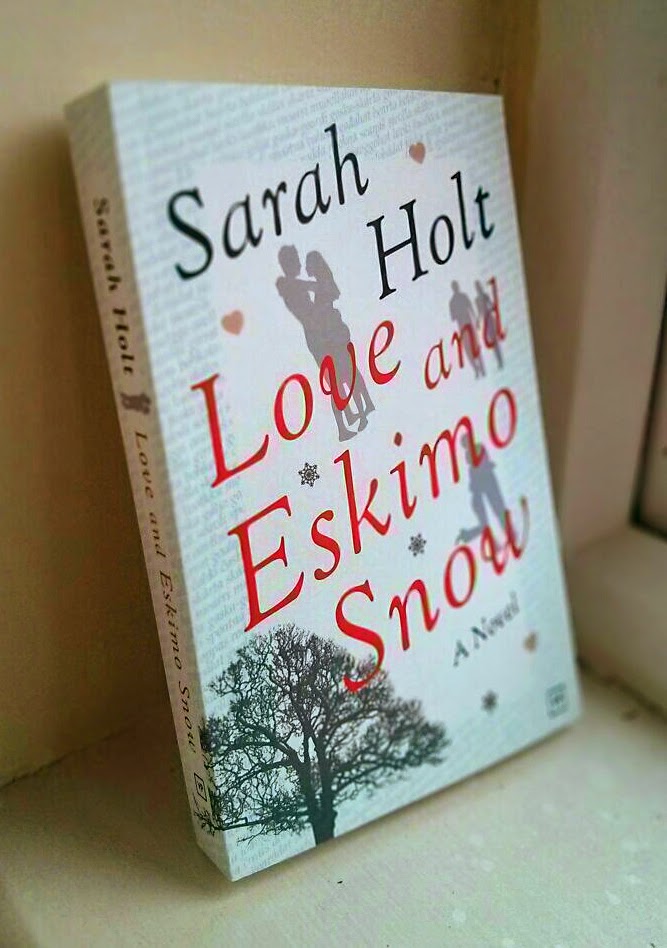 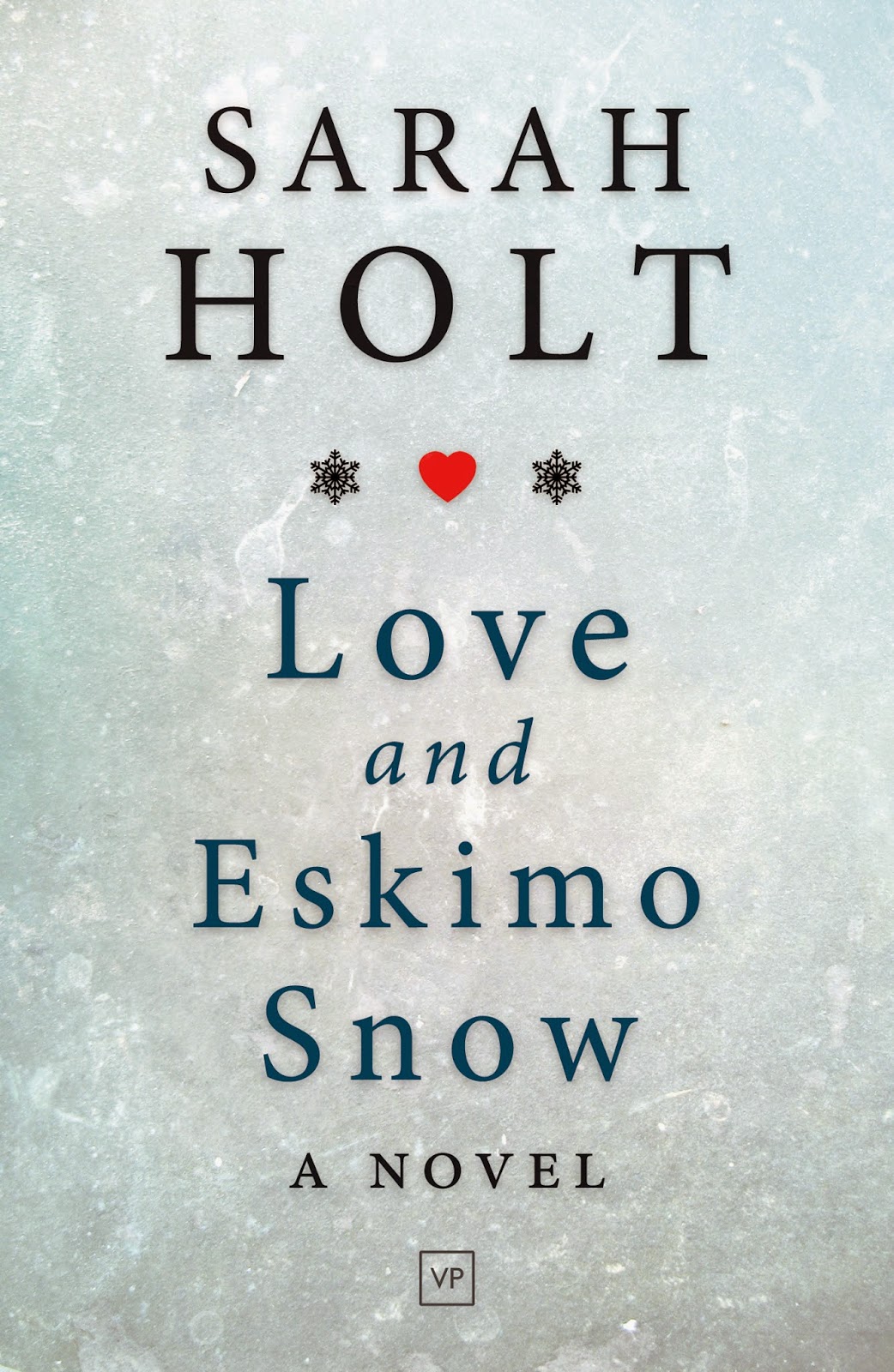 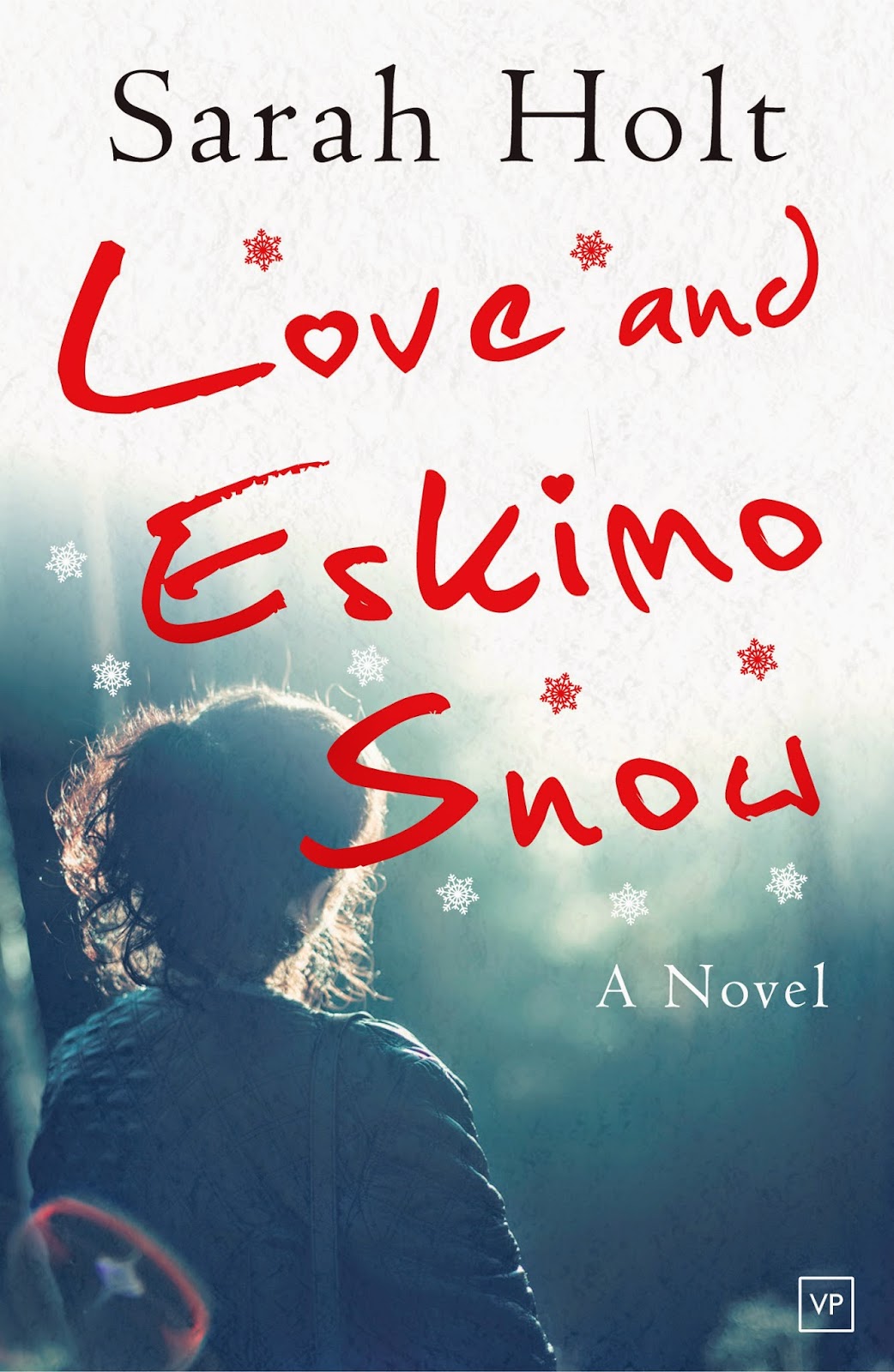