"If you were an animal, what would you be?" Mini-interviews with poets from The Emma Press Book of Beasts

This summer we've had the pleasure of being joined by Alice Hobbs and Anna Murai for work experience at Emma Press HQ in the Jewellery Quarter. They've been helping out in all areas of the business, and one of their tasks was to interview poets from our new anthologies.

First up, it's Alice Hobbs interviewing some poets from our animals anthology. Take it away, Alice! 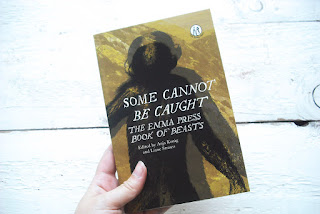 “Humans are animals. I have long found this a clarifying thought” says editor Anja Konig in the opening line of the new Emma Press Poetry anthology Some Cannot Be Caught: The Emma Press Book of Beasts.

Seeing the idea of humans as animals as “clarifying” is an exciting way to embrace our human nature for what it is, instead of shying away from our more animal qualities. Every poet in the anthology brought a different take on bestiary into the mix, exploring their relationship with animals in opposing and unique ways.

In order to dig deeper into the complex relationship between the authors of animal poems and the creatures themselves, I interviewed four of the contributors to find what they truly believe their relationship with animals to be – outside of dissecting them in their poetry!

“If you were an animal, what would you be?”


Jon Stone, author of the poem 'Documentary of the Pangolin', replied instantly with “a fox”, explaining that he too is “scrawny, crepuscular, an occasional nuisance, and an inveterate rummager.” He added, “I like travelling between the gaps in the figurative hedges, and I often find myself sniffing around on other people's lawns. Humans make me uneasy, but I hang around in close proximity to them anyway.”

Humans can certainly make us all uneasy, just like foxes, but it is in the animal world that a lot of us find affection and refuge: a refuge created, explored and even challenged in our new anthology.

Jacqueline Saphra, author of 'Family Viewing', was next to reply: “definitely a bee.” She then drew out her similarities with this valuable critter: “hardworking, fundamentally peace-loving, productive, creating nourishment and helping the natural world.”

My next question went deeper: 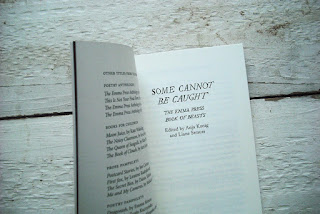 “Do you think humans have anything to learn from your animal/animals in general?”


Jacqueline commented that the productive and nurturing qualities of bees were important qualities for humans to take on, but added that the most important lesson to learn was that animals in general “take only as much as they need. They do not kill or maim others for no reason. They co-exist with others who are different to themselves.”

This is a very interesting comment on our relationship with animals. We as human beings often consider the violent and darker parts of humans and society in general as savage and animal – something to associate with losing our better nature to the animal – when perhaps what we’re losing is our animal natures. Humans take infinitely more than they need daily; without us in the world, would co-existence between all creatures be more successful?

Victoria Briggs, author of 'The Flood Committee', had a very similar response to this question: she observed that animals “would never trash their habitat. Humans, on the other hand, are vain, greedy, and glorify destruction. We are a ruinous species and the others that exist on this planet would be better off without us.”

It is clear that what we can learn from our similarities to animals in Some Cannot Be Caught is not just the ways that animals share human social behaviour, but also how we could listen to and learn more from animals in order to exist on our planet. Animal nature has proven respectful of our world in a way that human nature has not.

Our final poet Gabrielle Turner, writer of 'i, scarab', weighed up her options when answering my first question: “Would I choose an animal that looks like me, acts like me, or lives where I do?” She eventually settled on “a roe deer,” explaining that it's “forest-dwelling, plant-eating, sometimes skittish, and sometimes stubborn.”

As for what we can learn from animals, Gaby acknowledged what the anthology really uncovers about the quality of animals: “There's a sense of magic when we see animals up close. When you peek into a nest to see a bird feeding its young, when a deer runs out into the road with its fawn, or when a sparrow hawk swoops for its prey right in front of you.”

This wonder that the animal world gifts us is at the heart of our new anthology, with the poets writing the lives of animals into our view of the world. As Gaby observed: “It's not our world, it's theirs as well.”

With the help of our four wonderful poets, I think we have unearthed some truths about our similarities with animals, moving towards re-structuring our anthropocentric view of the world. Humans clearly have much to learn from our animal friends. But most importantly: should we look to embrace our animal nature as something to treasure, something that can be better than our human?

* * *
Some Cannot Be Caught: The Emma Press Book of Beasts is out now and available to buy in the Emma Press webshop (£10).
Posted by Emma Wright